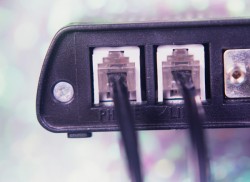 SIP is a successful innovation from Mark Handley and Henning Schulzrinne, who first created the protocol in 1996. However, in late 2000, it was adapted as the 3GPP signaling protocol, making it a standard component in streaming multimedia on cellular systems. The protocol uses a model typical of an HTTP request/response system where in every transaction; a client request puts forth a specific function on a server, along with at least one response. It shares encoding rules and header fields of HTTP.
SIP can also define the following server elements: User Agent: An endpoint that serves as a User Agent Client (UAC) to send SIP requests and a User Agent Server (UAS) to receive requests and send responses. Proxy server: A UAC and UAS that formulates requests for other clients through routing. Registrar: A type of server that can accept REGISTER requests. The information is then placed into a location relative to the domain. Redirect server: The UAS generates responses as it receives requests and directs clients to an alternate uniform resource identifier (URI). A URL is used to identify resources or a name. Session border controller: A session border controller fall between a user agent and SIP server for a variety of purposes, such as NAT traversal or network topology hiding. It is used in VoIP to control signaling and media streams. Gateway: The SIP network uses a gateway to interface with other networks like PSTN. 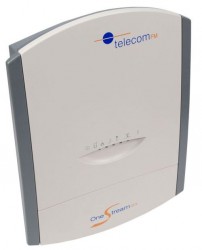 TelecomFM OneStream GFX is a universal system that can connect to an installed PBX as a call router from an existing corporate network to PSTN, VoIP and GSM, or as a stand-alone unit that replaces PBX.