Obviously SIP is considerably better than H.323 and complies with the understanding of IP-telephony as a global mass IP-service, and it should be implicitly considered right this way. And as SIP is able to serve not only telephony but also any communications at all in the real time over the IP-protocol; obviously it should become a base for other IP-services not yet existing but will appear in the future, as well.

In fact the situation now is very similar to the one that arose six years ago when a multitude of people suddenly dashed into mastering Web and at the same time discovered for themselves electronic mail, chats etc., and the market replied to the rise of demand with a rapid growth. It is truth that the worldwide web did not disturb anybody, thus, the reaction to it was adequate and IP-telephony got surrounded by noise, obviously not commensurate with its achievements (this is absolutely naturally, taking into account that it is a direct rival of the giant telephone industry and its development concerns the interests of a multitude of people and companies). However, in total the similarity is very great and we can assume that a new wave of IP-services will follow the IP-telephony likewise Web. The mutual characteristic of these services will be establishing IP-communication in a real time.
Since the SIP-network – client system is server-based, ie., based on the exchange of requests and replies, the SIP-client and a great multitude of different SIP-phones and servers take part in its functioning. By the way one should instantly specify that the realization of a client would be impractical in pure form (normal telephone should at least answer the calls), thus, all having the realizations of SIP-clients factually involve also a certain set of server-based functions.
In order to make it possible to communicate in the simplest way it is enough to have two clients. The first user takes the receiver and dials a number, the SIP-client generates the INVITE signal, the second user gets the call, his SIP-client gives a message 180 (Ringing). After that the user takes the receiver, the SIP-client gives a message 200 (OK). The first SIP-client sends the ACK (Acknowledgment ) signal to the second – and further the transfer of the voice flow by the RTP (Real-time Transport Protocol) protocol starts. When the conversation has ended and one of the users puts down the receiver, the SIP-client sends the signal BYE. That is all.
However, this scheme is absolutely ineffective when there are not two but two billion clients in the network. SIP-networks with big amount of users need infrastructure and it is made by different SIP-servers. The registration server (registrar) works with the accounting and authorization of users, the localization server (allocation) searches for them and defines their location, the redirection server (redirect) transfers subscriber calls there where they are factually found at the moment. For example, if I am not in Moscow because I have gone to America, the server will redirect the call to my American number.
The most complicated functions are put on the proxy-server (SIP Proxy), which ensures the inner interaction (for instance, corporate) of the IP-telephone network with the external world, - particularly this defines all policies, communication principles etc. There are also other SIP servers (for example, the conference server) but they are less important. 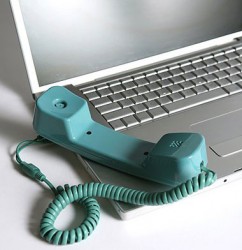 Concerning practical implementation, the VoIP gateways have proven to be the best. Many companies are successfully using the IP telephony thanks to its two main characteristics Decrease in international and long distance call cost expenditures Stable communications between company’s offices throughout different cities and counties