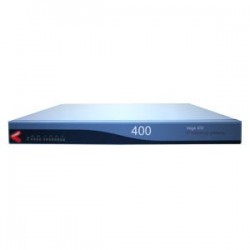 Vega 400 is a highly reliable digital VoIP gateway allowing you to easily integrate with existing TDM PBXs into a modern IP infrastructure. The great advantage of the gateway is the presence of unique flexible licensing of VoIP connections.

By purchasing Vega 400, you receive a fully functional 4xE1/T1 VoIP Gateway with 8 simultaneous VoIP calls at a price similar 1xE1 device. This is achieved because Vega 400 is initially a 4xE1/T1 gateway. If the load on VoIP tract exceeds 30 simultaneous calls, the user can get an extension increasing the number of simultaneous VoIP calls, up to 120.
As all gateways of Sangoma-Vegastream Company, Vega 400 has switching call system, allowing the device to work without an external SoftSwitch / IP PBX or switch to this mode when there is no connection with SoftSwitch or IP PBX. In recent implementations of software Vegastream significantly extended the functionality of built-in call routing system. 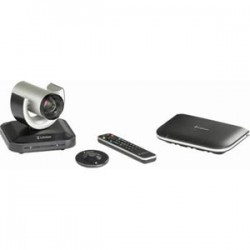 The YACKIE Mobile SIM card ensures the lowest pricing for the business traveler anywhere in the world, while maximizing convenience. Pay no more additional roaming charges to your mobile operator. The same low pricing applies to accessing your voice mail