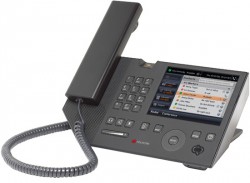 Polycom CX700 is equipped with a 6” colorful high contrast touch screen. In order to ensure a high level of security and safety the phone has a fingerprint access system.
Microsoft Office Communicator is a unified communications system that provides company employees with better functionality at work, starting from instant messaging and ending with video conferencing inside or outside a company.
If the Device Update service is installed in the office, the phone automatically will download the new firmware from the server. Polycom CX700 also detects all the network addresses, will find the server, set the time and ask for a name and password for the connection.
After that CX700 will list users and will allow you to make calls and receive calls. You can dial a number in the dialer, or choose from a list of contacts directly on the screen. The device has installed version of Communicator Phone Edition, so everything looks as intuitive as on the computer.
You can configure access to a phone, via fingerprint or a PIN. When connected to USB, the phone will determine the device on the computer and will connect to a network with the same user name.
This phone is recommended for directors, executives and upper level managers, as it is functional, easy to use and looks very impressive and presentable. 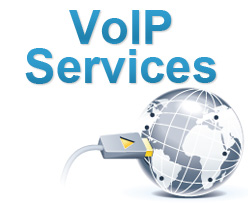 An automatic switching onto the standby mode or alternative server in case there is an error in the active server, program, system components etc.