There is an increasing trend in our world these days to litigate rather than try to compete for clients with better services. Here are a few situations where Google Voice faced some challenges. The war with Apple Because Google Voice provides services that are very similar to what can be done on the iPhone, but for much cheaper rates, it was initially rejected from the Appstore. Apple controls very strictly the types of programs that get into their store and they often reject anything that directly tries to compete with a service they already offer.
Customers who install the Google Talk program on their Macs will find that they can often do anything over the Internet that a phone can do, but better and for free (apart from emergency calls). The app is now available in the App store though and if you’ve heard anything about bugs or crashes, these have all been fixed and patched. AT&T blocking of Google Voice AT&T has also provided a challenge for Google Voice users. Apple and AT&T were the first partners to offer services on the iPhone when it came out and when the Google Voice program was launched initially in 2009 AT&T almost immediately blocked it on its network. It is now possible to use Google Voice on an AT&T enabled iPhone, but it takes a bit of technical know-how to get around the additional charges AT&T may bill you. Description: Google Voice has received many challenges from competitors to their service availability. Read on to find out more. 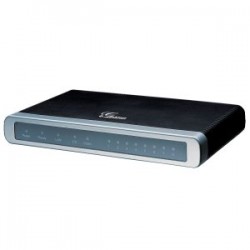