Asterisk 1.6 emerged with the several features of version 1.2 and 1.4, and also it features new dial plan functions. Further is the list of the recent updates on functionality changes.

AMI - (TCP/TLS/HTTP) The manager
The new features are: TLS support of the manager interface, HTTP server, built-in HTTP server URI redirect, GetCofnigJSON, a possibility to bridge two channels active on the system („Bridge”) and the action that allows you to retrieve of voicemail setup of all users. (”ListAllVoicemailUsers)
Dialplan functions
The added functionalities have a new feature to Dial() to tell IP phones to stop counting timed out or cancelled calls as a "missed" calls, a DEVSTATE() dialplan function retrieves dialplans device state, , LOCK(), TRYLOCK(), and UNLOCK().
Modifications in CLI
New functionalities include the feature of setting the verbose and debug values on a file basis, channels count CLI command.
SIP modifications
New functionalities include: improved DNAT and STUN support, the new way to match incoming requests, Asterisk reports of a busy device when reaches the certain level of calls „busy-level”, new real-time „sipregs” (store SIP registration data), extra support for T.140 real-time text in SIP/RTP, sets new values for call transfers, and a new header displayed for cancelled calls when answered by other phone.
IAX2 modifications
Added functionalities: configuration of trunkmaxsize, chan_iax2, srvlookup, iax.conf, and OSP support.
DUNDi modifications
The new modifications allow to specify arguments to the Dial application, while using the DUNDi switch, option to dynamically set weights for responses, dialplan functions ( DUNDIQUERY and DUNDIRESULT) allowing to start a DUNDi query from the dialplan and help to find out the number of results, allowing to access each of them.
ENUM modifications
Added functionalities comprise couple of new dialplan functions (ENUMQUERY and ENUMRESULT) allowing one to start an ENUM search from the dialplan to access the results without having to send multiple DNS queries.
Voicemail modifications
Added functionalities include: the possibility of customization of sound files, which are used for some prompts in the the Voicemail application, the possibility for the “voicemail show users” CLI command, “tw” language support, greeting storage support, and the ability to customize keys for message playback.
Another update expected is an Open Source Asterisk PBX 1.8 release within Long-Term Support (LTS) commitment. 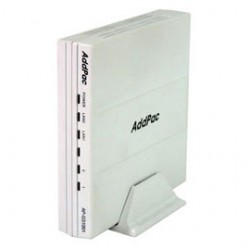 AddPac AP-GS1001C is an entry level VoIP-GSM gateway, designed to work with one GSM channel. The device allows you to connect to the VoIP-telephony, analog lines and GSM networks. At the same time, users are able to transfer traffic in any direction lines are connected to: VoIP to GSM; an analog network to GSM; from analog to VoIP network.

No matter where you are or what your existing network, Link will provide you with a fast, reliable and economical broadband Internet connection via satellite, in one single office or a small town or throughout your whole enterprise with offices and branch