Founded in 1998 , ATCOM technology has been always endeavoring in the R&D and manufacturing of the internet communication terminals.

Founded in 1998 , ATCOM technology has been always endeavoring in the R&D and manufacturing of the internet communication terminals.

In 1999, ATCOM developed PCI interface ISDN and ISDN NT+ cards firstly in China , which was widely adopted by several telecom carriers. Meanwhile ATCOM collaborated with FUJITSU in Japan, NEC and First International Computer in Taiwan for the OEM and ODM project.

From the end of 2002, ATCOM began to develop VoIP phone terminals and gradually released PoE (Power on Ethernet) IP phone. 1 port ATA, 1port ATA with life line, 2 ports ATA with router, 4 ports ATA, USB phone and IP PBX cards etc. By far, ATCOM is the only manufacturer in the world with products covering all the range of USB phone, IP phone, IAD and Voice card.

In 2003, ATCOM successfully bid for the largest IP phone & video conference system (the Uni-Video Project of China Unicom) as the only manufacturer in China mainland. During the year of 2004 to 2006 , ATCOM cooperate with many well-known branded companies for the OEM and ODM projects, such as HUAWEI 3com , HARBOURNETWORKS , D-Link , TOPCOM , FUTIRO , PACKET8 and other brands. Meanwhile the Thailand Telecom , Slovenia Telecom, Chile REDVOISS and some telecom carriers in other countries carriers also adopted ATCOM products.

In 2006, ATCOM cooperate with Southeast University to establish R&D center in Hi-tech area in Suzhou, China.

So far, ATCOM has been selling the high performance VoIP terminals with competitive price to USA, Japan, Germany, Italy, France. Brazil, China Taiwan and other more than 60 countries and areas.

ATCOM won the Hi-tech project of Shenzhen Bureau of Science Technology and Information in 2003 and became one of the fist enterprises which enjoy gratis loan by this bureau for the Hi-Tech project in 2004.

According to the investigation by the famous commerce consulting company , Global Sources, ATCOM was listed as the leading manufacturer in China mainland and Taiwan area in its report in the year of 2004 , 2005 and 2006.

With the powerful R&D capability , ATCOM will keep lunching all kinds of VoIP terminals and devices which is welcomed by the market. 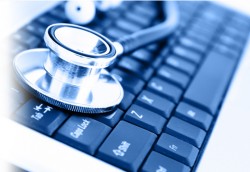